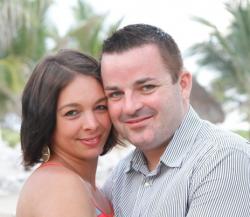 Stephen Davies meteoric rise as one of NAA’s top agents started when Davies, now 30, was only 18 years old. Davies began his career as an insurance agent, but spent two frustrating years with “another” insurance company. Fatigued and worn down by the politics of his previous employer, Davies answered a newspaper advertisement posted by NAA President and Chief Executive Officer Andy Albright. Intrigued by Albright’s shared vision of a people-oriented insurance brokerage and by his drive to find financial independence through helping empower and improves others, Davies drove to Burlington, N.C. to meet Albright face-to-face. With Albright’s help and mentorship, Davies became the youngest million-dollar-income earner at NAA. His business has continued to grow and develop since 2002. Davies and his wife Hollie reside in Candler, N.C. with the couple’s two children.

Our mission is to provide the best financial products with the kind of in-home, professional service that is second to none. Our operating credo is: "Your clients don't care how much you know until they know how much you care." We take a personal interest in each and every one of our clients. We believe that knowing our clients' wants and needs is the foundation to recommending the best financial strategies that will provide exactly what each client wants.